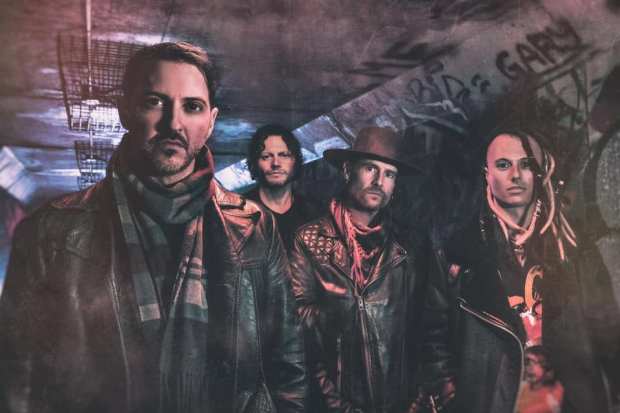 BONDS OF MARA, “Killed The Love”

“Killed The Love” follows last summer’s Top 20 rock radio hit “Lights Out” with more potent Canadian rock and roll from the quartet Bonds of Mara.  This is tight and tidy rock that will sound even better in concert.  Joining guitarist/vocalist Sal Costa (Smashing Satellites, My Darkest Days) and bassist Dave Benedict (Default) in the band now are vocalist Bryan Crouch (from Hail The Villain) and drummer Daryl Ralph.  Produced once again by Default’s Danny Craig, “Killed The Love” doesn’t let up with the urgency that is so much needed in rock and roll today to stand out.  Bryan is a worthy successor to Brian Byrne (who co-wrote the song and had to bow out of the band for personal reasons) with his memorable and cutting vocal.  Though only two songs into their career, with their reputation as a fan favourite that collectively sews together the audience of their past groups, Bonds Of Mara is well on its way to being a Canadian treasure that could also see significant exposure in the American market once more songs are released.  Keep your eyes and ears peeled for Bonds Of Mara!  Listen to “Killed The Love” below.

Amid their current tour, Bonds Of Mara plays The Music Hall in Oshawa, Ontario, tonight (see ya there!) and the illustrious Horseshoe Tavern on Thursday March 5.